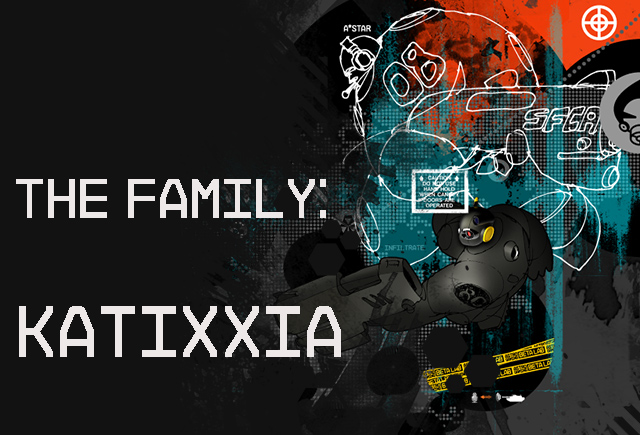 Gabby, aka “Katixxia”, is a Maryland-based cross-platform gamer specializing with PC and Nintendo 3DS. Currently working on earning her degree at the University of South Carolina, she has her sights set on a producing or marketing focus in the gaming industry. While her love for games spans a multitude of titles she primarily prefers to stream SMITE and Hearthstone.

Katixxia: I’ve been playing games since before I was 7. It started with kids games on PC and for my 7th birthday I got a limited edition Pokemon Yellow Game Boy Color.

And how did that passion evolve into streaming/what you do now?

Katixxia: I started streaming to further promote SMITE. I have a lot of friends at Hi-Rez Studios and wanted to support them. I also love entertaining and making people happy.

Katixxia: I’m mega excited because the Humongous Entertainment Complete pack is now on steam so I can play Putt-Putt, Pajama Sam, Freddi Fish, and Spy Fox series’ of my childhood again. Pokemon is basically what I started with though, it’s what got me into a larger variety of games.

Katixxia: Getting my limited edition Pokemon Yellow Game Boy Color. It’s what I usually use as my “when I started gaming” because its such a prominent memory for me.

Katixxia: Don’t get angry. Have fun. Enjoy your game playing experience. Don’t let other players get in the way of that.

Katixxia: Do what I do? Be awesome. Work hard. Don’t step on the people who have helped you move up. Don’t forget them. Respect them.

Katixxia: I don’t know. I feel really self centered answering stuff like this. I always tell people that people don’t watch for me, they watch for Charmander. I have a life sized charmander plush that sits behind me. I’m never negative about someone being “bad” at a game or anything like that. I only get sassy and grouchy when I’m in a bad mood and people are being dumb.

Katixxia: Oh I don’t know. Animal Crossing was mega fun. Hearthstone is relaxing for me. I’m really pumped to stream all of the Humongous Entertainment Complete Pack right now.

ASTRO: Which ASTROs are your favorite to use?

Katixxia: A40s for streaming because I don’t have to worry about forgetting to charge them.

Katixxia: School, finishing a degree, and furthering my career in the game industry.

ASTRO: Where would you like to ideally end up in the industry?/What’s your game industry dream job?

Katixxia: Executive Producer, maybe also Creative Director. I used to tell people I basically wanted to do what Todd Howard does.

Katixxia: I sing. Sing and game.

ASTRO: Do you ever sing while you stream?

Katixxia: When I SMITE I often do. Not usually during other games, except maybe WoW but its been a while for that. If I play music other than the in game music I usually sing.

Katixxia: The beach! I also love the idea of traveling to other countries (and even other states) but I am a poor college student.

Katixxia: I’m really into The Black Keys right now, but I also love musical theatre and Disney music and I’m really open to most music.

Katixxia: MAC N CHEESE!! I AM A MAC N CHEESE CONNESSEUR! No specific recipe, but I do make some awesome mac n cheese. It changes every time though. I also make some mean homemade chicken nuggets.

You can catch Katixxia by subscribing to the ASTRO Gaming Twitch channel: http://www.twitch.tv/team/astro.

And as always you can you can find more information on all the ASTRO social networks: