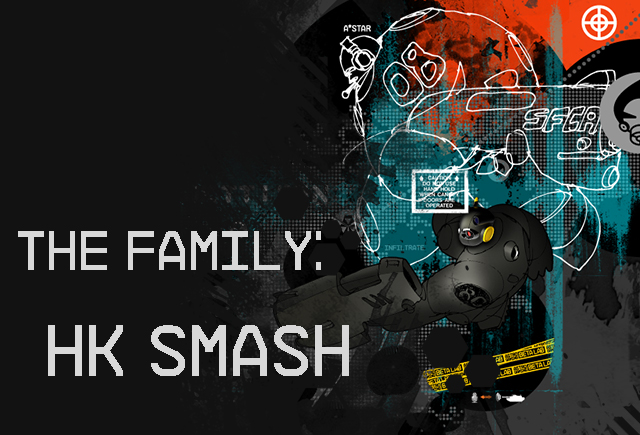 Nicholas, or Nicky (Not Minaj) is known by HK Smash in the live-streaming world and currently hails from Las Vegas, Nevada. Long Island raised, he competed at MLG tournaments but never decided to go professional.

Specializing in console games, he streams for the community, focusing on bringing people together and just having fun. Always bantering with his chat, you can always expect to be entertained when tuning in to HK’s stream.

HK SMASH: When the original Xbox came out I remember my dad buying me one for christmas. He introduced me to Halo and Xbox Live. From that point on I knew that games would play a huge part in my life growing up. After being introduced to WoW when it was in beta I then realized that there is more to gaming then just competition.

HK SMASH: At this very moment I have been playing Killer Instinct on Xbox One. I tend to go back and fourth to my PS4.

HK SMASH: Halo and WoW for sure. Will always have a special place in my heart.

HK SMASH: I remember playing WoW with a group of different people. We used to raid with each other on a daily basis. What was amazing is that we never actually met each other until we all decided it was a good idea for us to get together. What was even cooler was that we all lived within a 20 mile radius of each other! The memories created with complete strangers end up being some of the closest friends I have ever had. Imagine what a video game can do. Bringing people together and creating everlasting bonds.

HK SMASH: I hope to see more closer interactions with games. Something similar to what social media is today.

HK SMASH: Consistency and patience is key. Getting discouraged will get you no where. Above all have fun with what you’re doing.

HK SMASH: I’m being myself. Im not a character or putting on some kind of act. I get to be myself in front of an audience which is pretty awesome.

HK SMASH: So far Killer Instinct. I have met a lot of different people and learned a lot from playing the game with my viewers. Going to continue to play this game moving forward.

HK SMASH: I really enjoy the A40’s Having the same look and feel as my A50s

ASTRO: Are they rocking any special speaker tags?

HK SMASH: I work full time at Apple as a Mac Genius.

HK SMASH: I haven’t been on an actual vacation in years. If I had to choose, Disney World.

HK SMASH: Growing up in NY, listening to a lot of Hardcore music. Put you can’t go wrong with the 90s playlist.

HK SMASH: Being Italian pretty much anything Italian ill eat. To be more specific who doesn’t love pizza!

HK SMASH: A quote “Your only limit, is your own imagination”