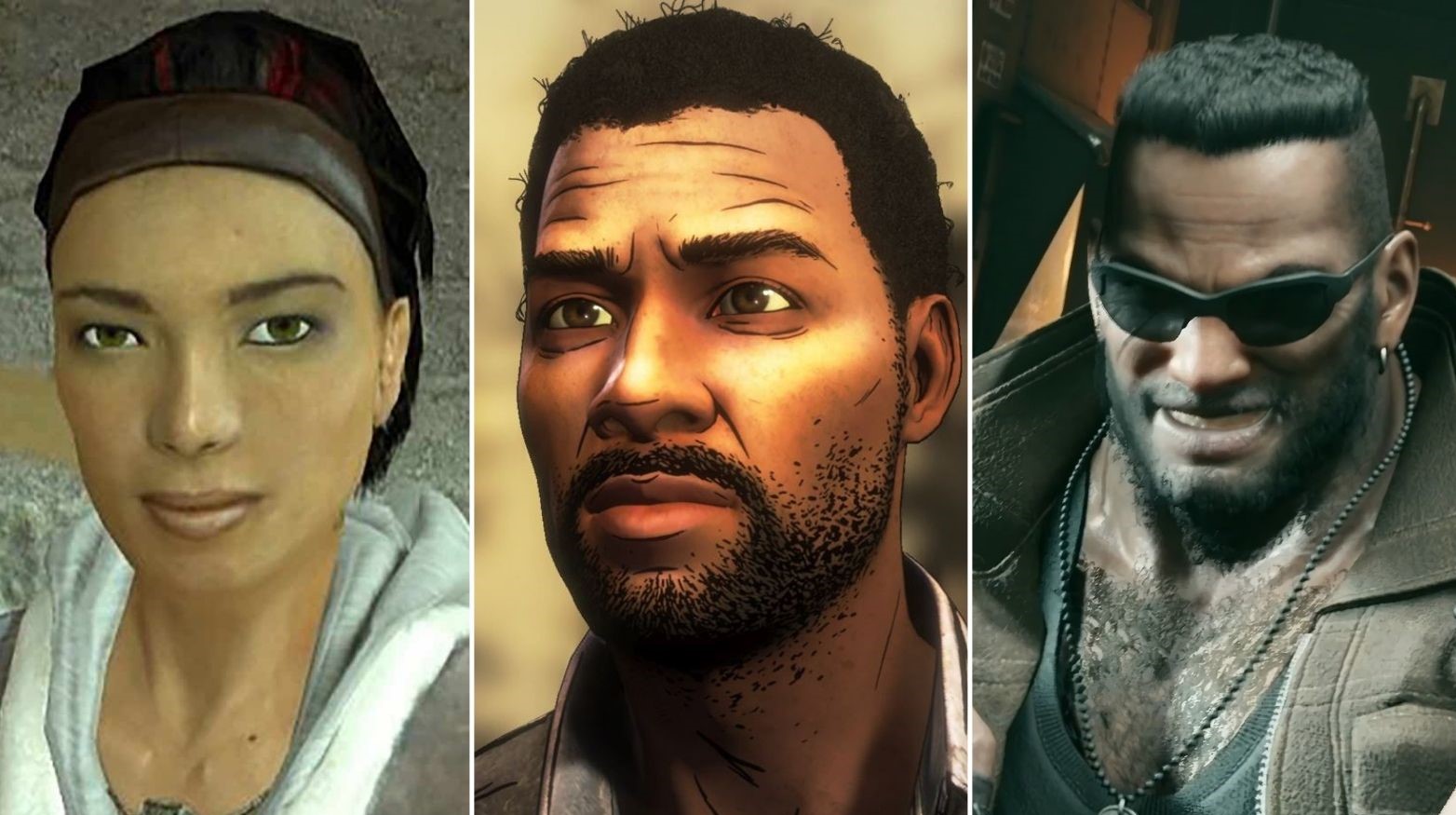 ASTRO believes that representation across all aspects of the video game industry is important. That’s why we celebrate Black creators and people of color every day, as well as the heroes who star in the games we know and love. From Grand Theft Auto: San Andreas’s CJ Johnson to Half-Life’s Alyx Vance, we’ve seen these Black characters become permanent fixtures in players’ memories over time.

In honor of these memorable Black characters, we’re presenting five Black heroes of video games who left an impression on every single one of the players who met them. In a sea of homogeneous characters who can look, talk, and act the same, we appreciate these diverse and unique personalities. And what can we say? It would be so rad to be friends with Final Fantasy VII’s Barret. 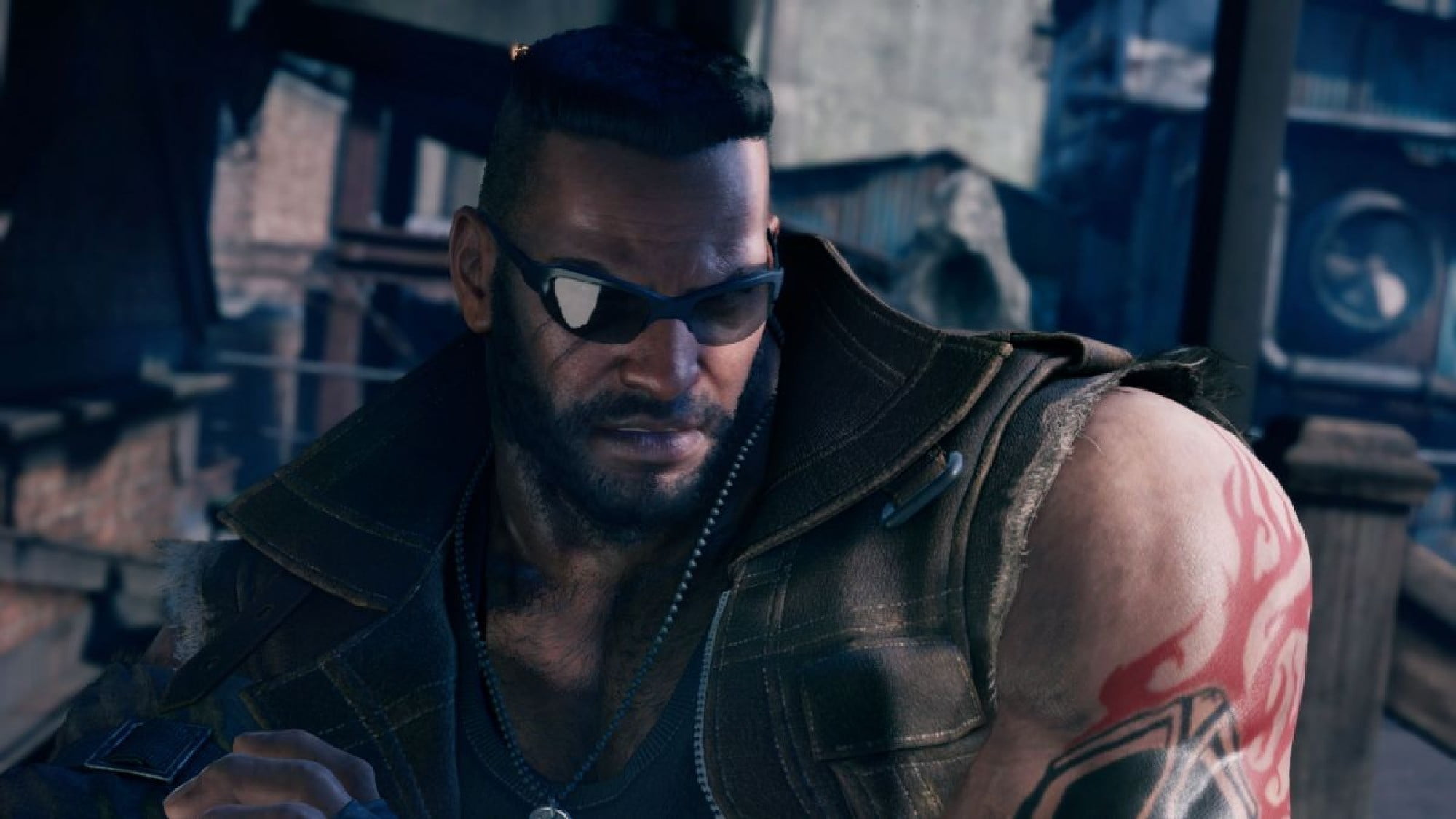 You’ll never find a more stalwart soldier in the fight against the Shinra Electric Power Company, nor a more dedicated father. As the leader of AVALANCHE, Barret leads a dedicated group of mercenaries in a revolt against the Shinra Electric Power Company throughout the sprawling role-playing game Final Fantasy VII. Though hotheaded and dangerous due to the machine gun grafted onto his arm, he’s caring and benevolent at heart, and cares greatly for his allies. Protecting the planet from Shinra’s constant abuse as the company siphons its life force is his main goal, but he also wants to make sure his daughter, Marlene, can live the life promised to her. AVALANCHE wouldn’t exist without Barret, and Final Fantasy VII simply wouldn’t be the same, either. 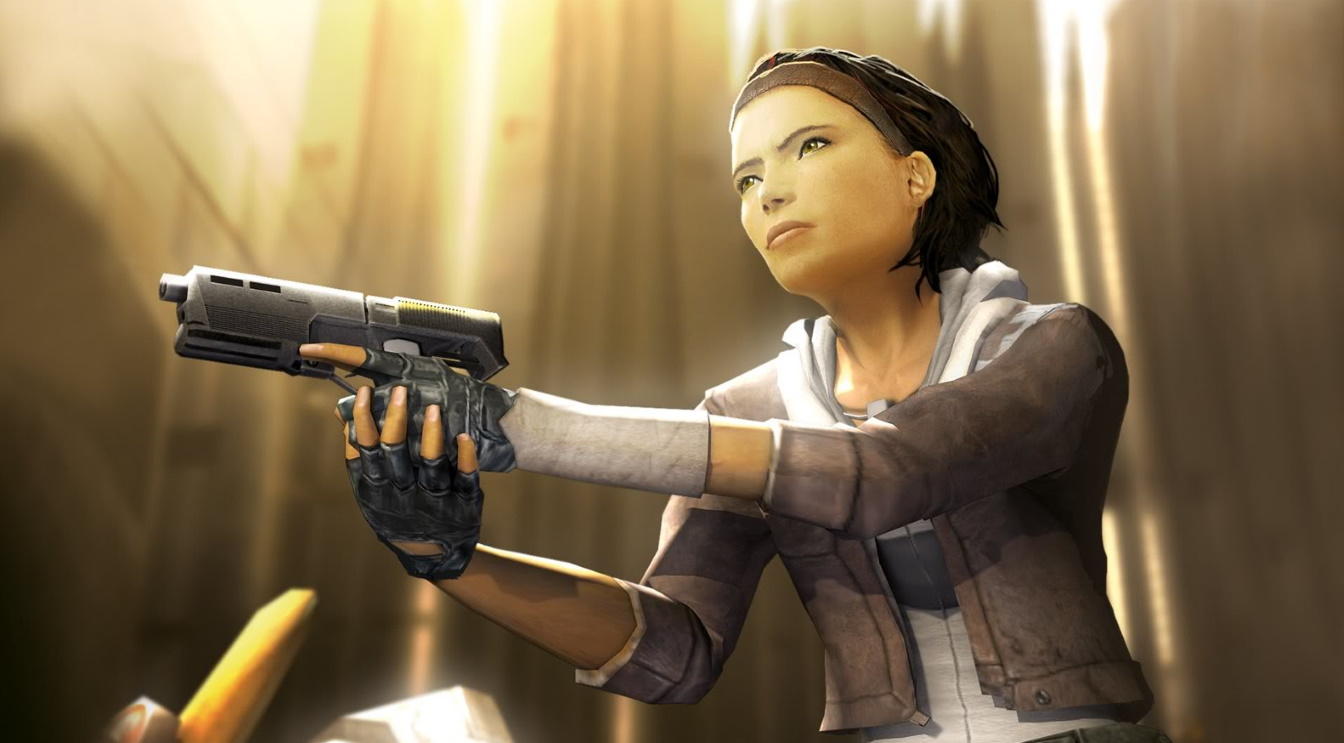 Alyx plays an exceedingly important role in the Half-Life universe. Though she began life with a somewhat smaller role as Gordon Freeman’s ally in the war against the Combine in Half-Life 2, she received her own solo title in 2020 with Half-Life: Alyx. The daughter of Dr. Eli Vance and Azian Vance is a quick-thinking, crafty young woman who’s a boon to anyone in and out of combat. Gordon may be a one-man head crab-slaying machine, but he’d be nowhere without the efforts of Alyx, who repeatedly ensures humanity’s survival. Alyx is integral to the Half-Life universe, just as essential and iconic as the G-Man’s creepy, invasive stare. 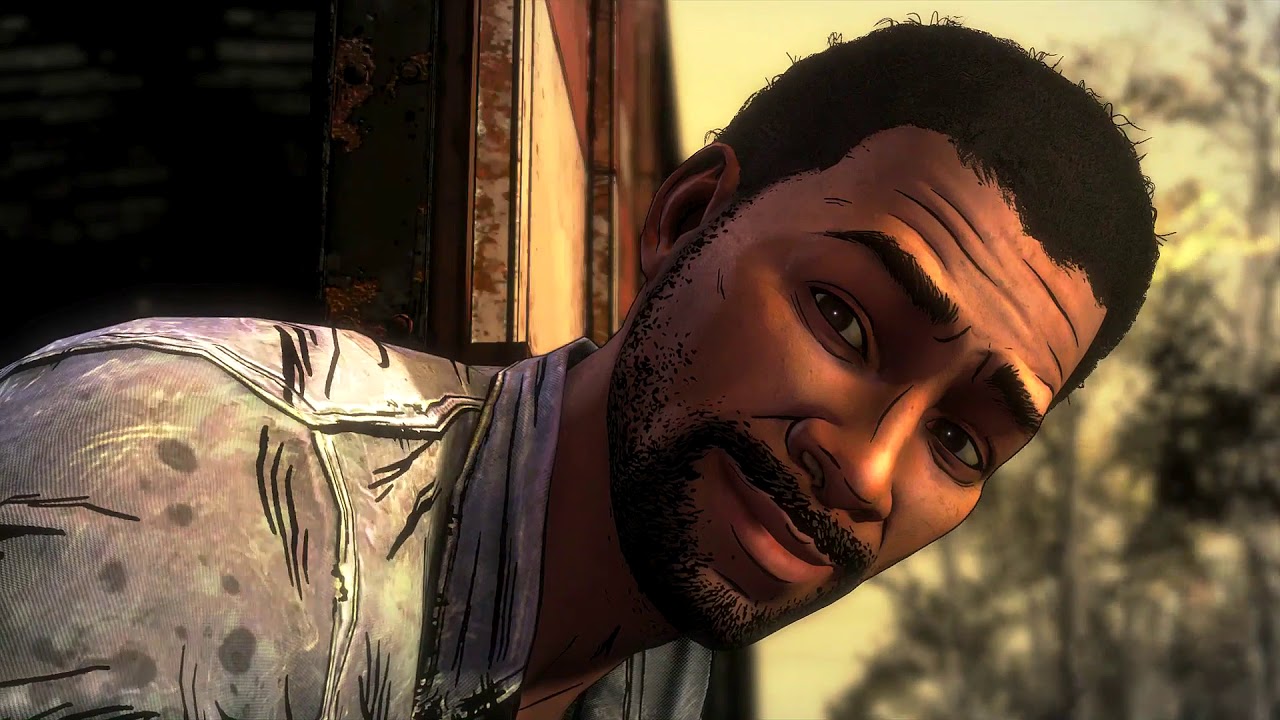 The Walking Dead: A Telltale Series would never have had the same impact without Lee at its forefront. This former history professor’s story kicks off with him being sent to prison for killing a senator as a crime of passion. He never reaches his destination, however, because the zombie apocalypse derails his trip there — literally. Lee finds himself forced to navigate a chilling new world rife with shambling brain eaters who want nothing more than to have him for lunch. When he meets little Clementine, life is turned upside down for Lee as he cares for her like she’s his own child. Together, the two face a terrifying new existence as they stave off zombies and look for survivors. 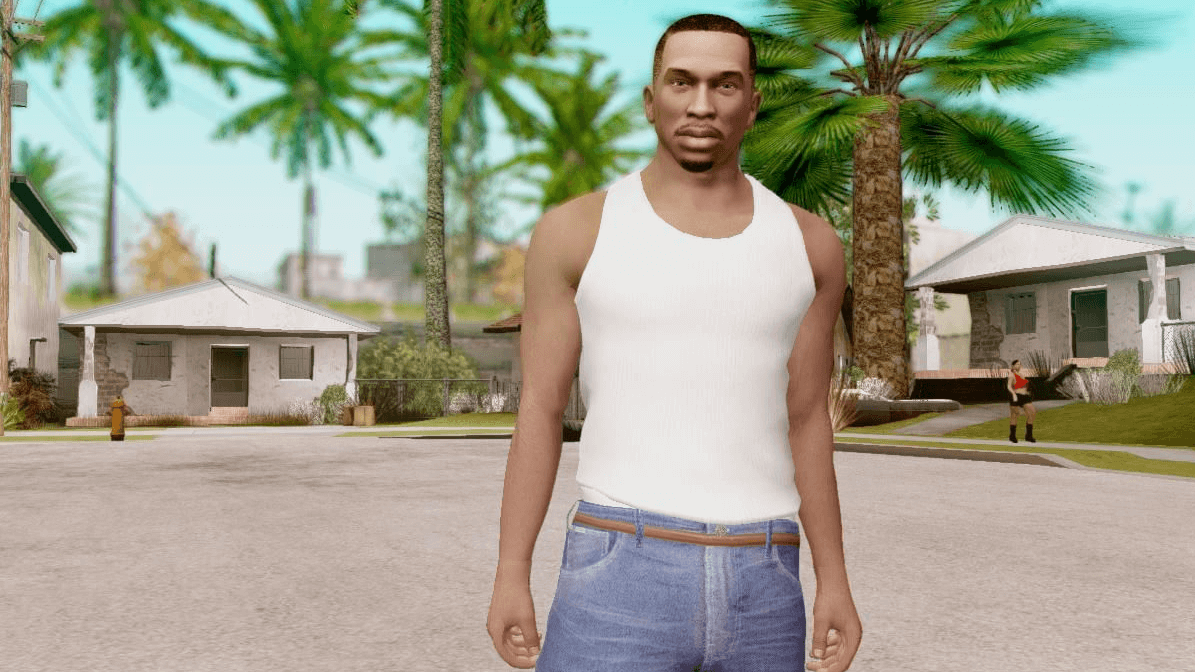 CJ Johnson became the first Black protagonist when Grand Theft Auto: San Andreas debuted. Johnson is on a mission to unravel the truth behind his mother’s murder. Voiced by rapper Young Maylay, Johnson is stalwart and unwavering in his resolve. He goes through this tragic event, then must work to earn his friends and family’s trust, only to be forced to leave Los Santos after a series of frustrating circumstances. He persists, however, taking revenge on those who wronged him and his family. And if you’ve ever played San Andreas, you know not to mess with CJ’s family. 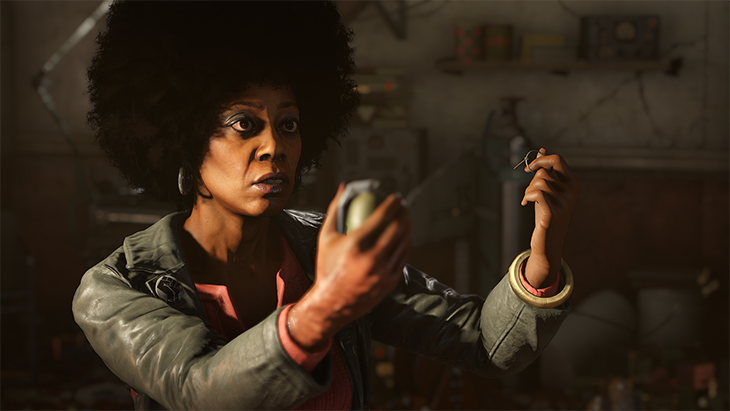 Grace Walker is known for one thing throughout the Wolfenstein series: fighting off the Nazi threat. She’ll stop at nothing to keep the American Resistance cell in New York going. She lives through an atomic bomb attack, then the Nazi occupation of the United States. Even while taking care of a young daughter, she’s a no-nonsense, tough-talking strategist who knows there’s only one goal in mind for America: shedding the Nazi threat. Together with B.J. Blazkowicz and the rest of the crew, she uses her skills to ensure that goal is swiftly carried out.