Mass Effect is an iconic series rife with memorable characters and situations. Throughout three core entries, it wove together a tale of intrigue, combat, and complex political ideologies between various alien species. It also introduced us to some of the greatest squadmates we could ever ask for. Commander Shepard could never have accomplished the lofty goal of saving the entire human race and life as we know it without the most loyal team members anyone could have asked for.

And now that many of us are headed back into the Mass Effect games with the introduction of the Mass Effect Legendary Edition, each adventure with its own layer of custom polish, it’s time to take a step backward and remember some of the greatest assets of being a Spectre: the people you meet along the way. 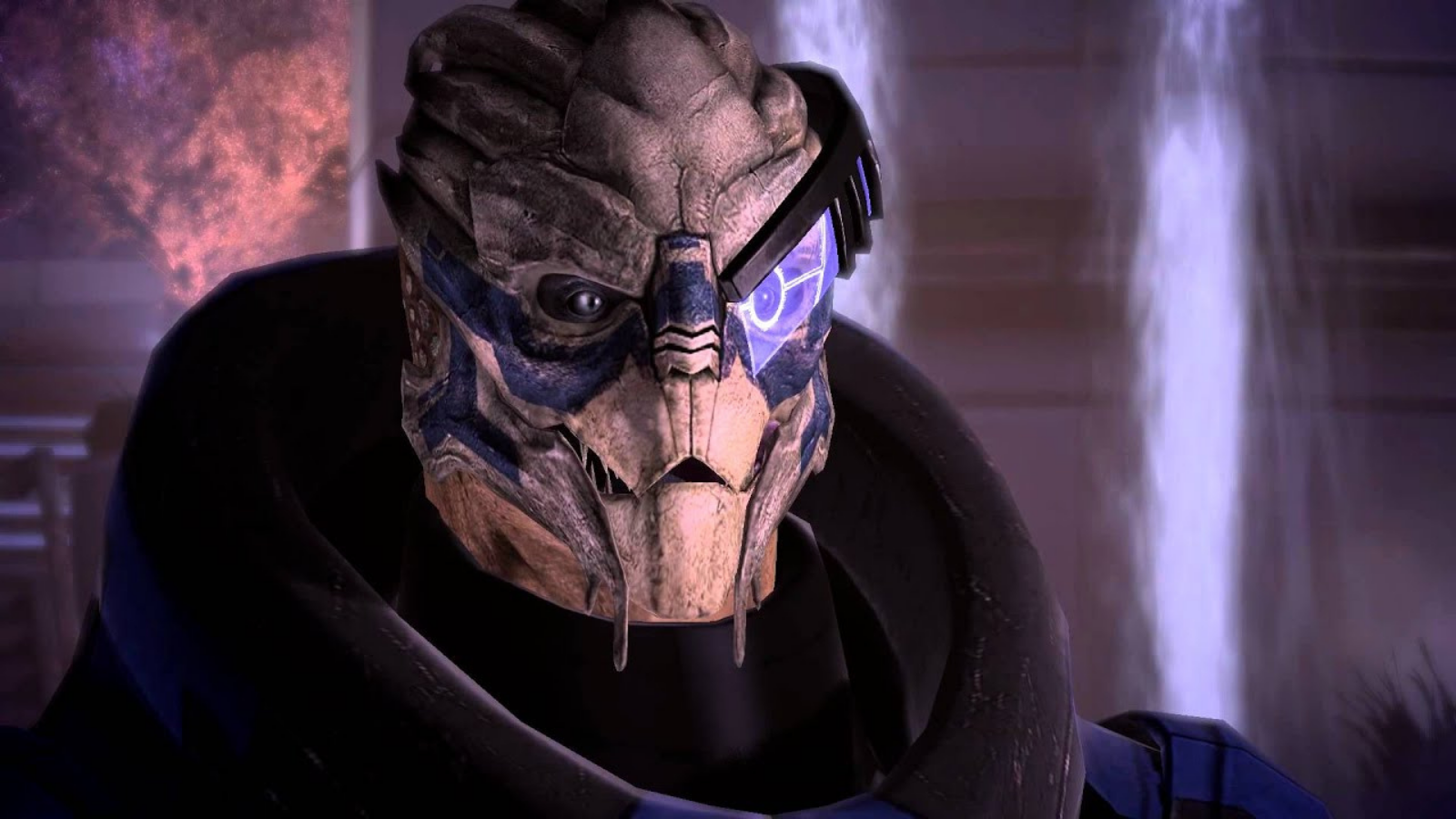 There’s a reason why Garrus is such a well-loved character and a popular name overall within the Mass Effect universe. Beyond the fact that he’s a jovial, generally well-liked guy, he’s also a a capable, hilarious buddy who’s perfect to have around in just about every situation. Not only is he a formidable combatant (and one of the best snipers around), but he’s deeply loyal and more than just a squadmate. He’s also a friend. Whether you’re having an amazing target shooting session together or watching Garrus moonlight as a vigilante in Mass Effect 2, there’s never a dull moment. He’s always got your back, as long as you’ve got his, too. 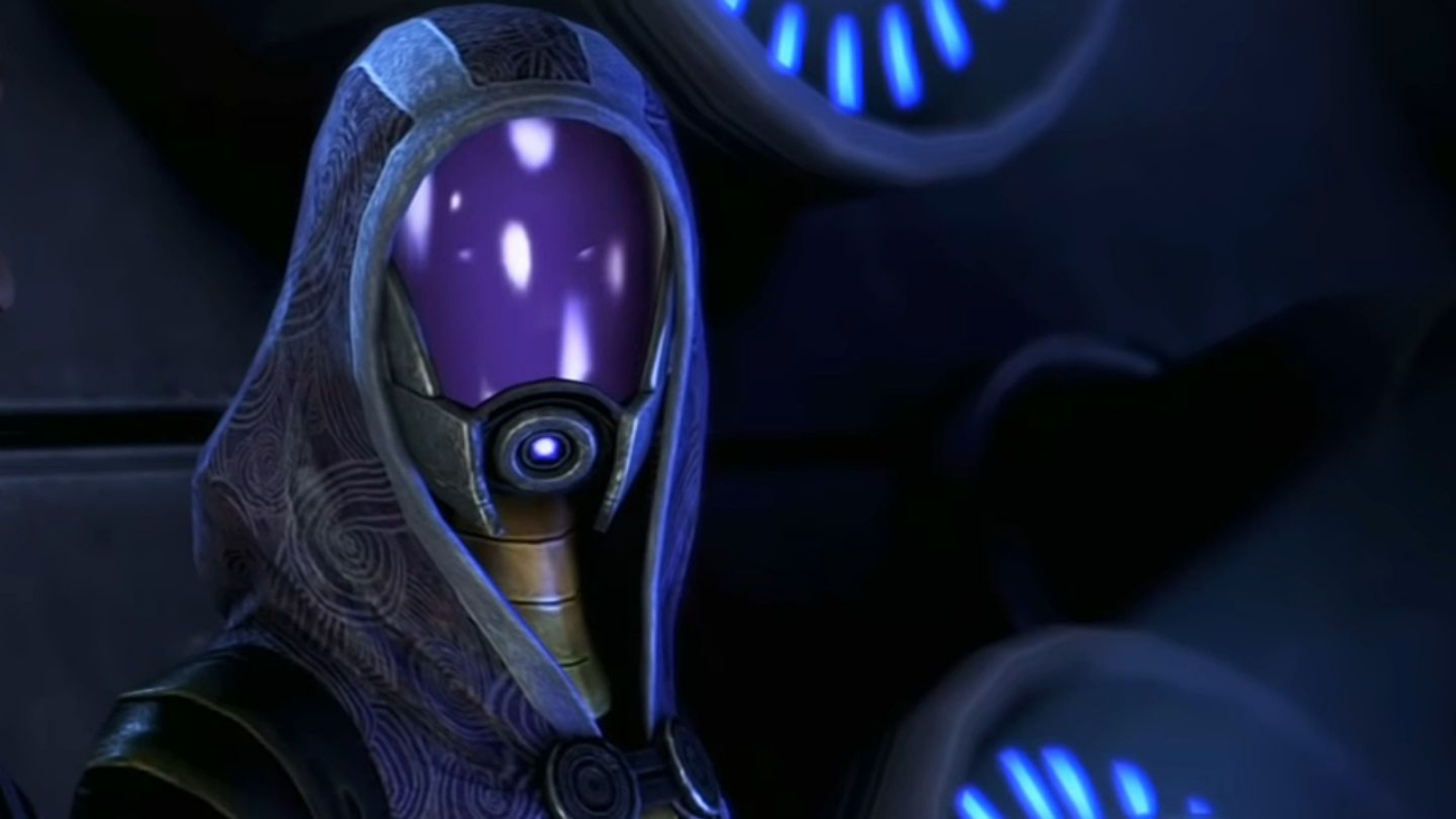 Tali’Zorah nar Rayya is a headstrong, independent explorer who always wants the best for her people, even if it means going out of her way to do what’s right. And though she must spend her entire life in a special suit designed to help keep her safe from the o outside world, she’s one squadmate you’ll have no trouble getting close to. She’s deadly in terms of intelligence, wit, and combat, but just the same, she has no trouble letting go when it’s time to hang loose a bit. Catch her looking for an “emergency induction port” when she 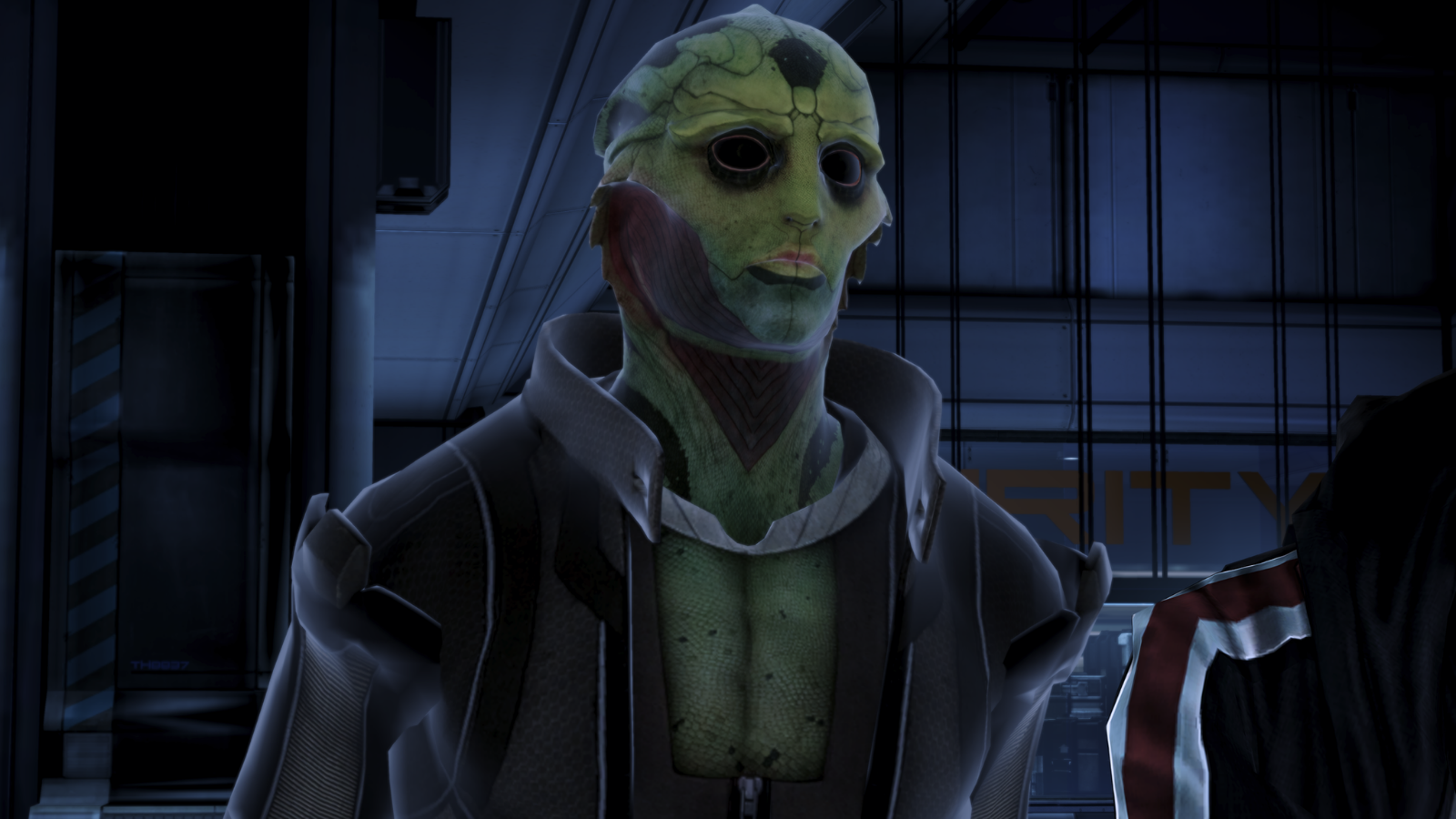 Drell assassin Thane Krios is an extremely skilled killer, and he knows his way around a sniper rifle. But he’s also able to hold his own when it comes to close-quarters combat, biotic, and more. Still, he’s a kind man, and asks forgiveness for those he must take out. He’s also a spiritual, enigmatic, and ultimately intriguing individual who’s living the rest of his limited life the best he can. He’s extremely loyal, for one, and if you need someone to watch your six, Thane’s got that and then some. 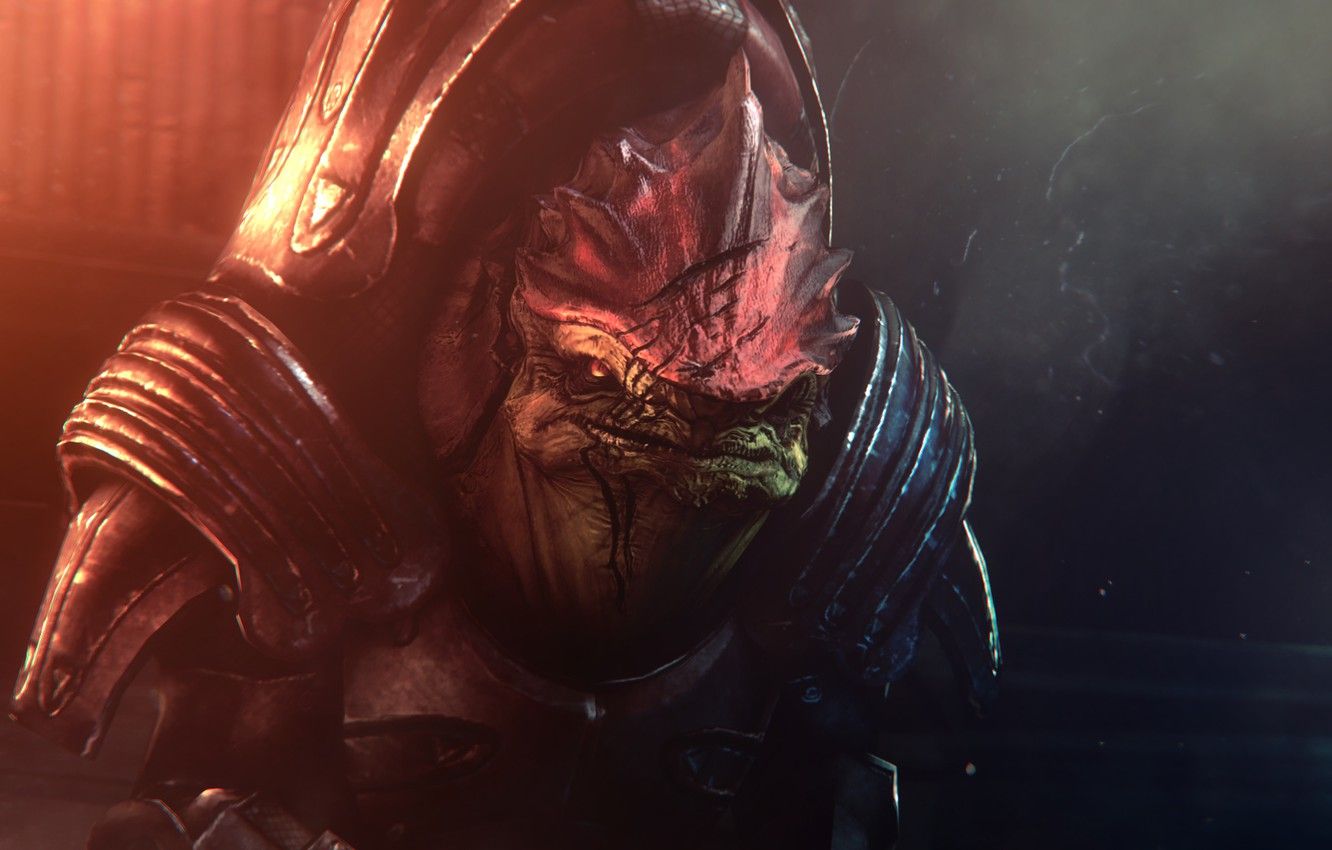 If you ever have to go into battle, you want a krogan on your side. Urdnot Wrex is the ultimate brogan, and the last of the Battlemasters the race has to offer. A sardonic yet reliable companion, Wrex is all about honor, strength, and combat, But he also loves a joke or two between those he respects. Shepard happens to be one of those people, and no matter what Shepard you choose to play as, you’ll enjoy Wrex’s company as he barrels through each area, clears out the baddies, and rallies the rest of the squad with krogan victory cries. 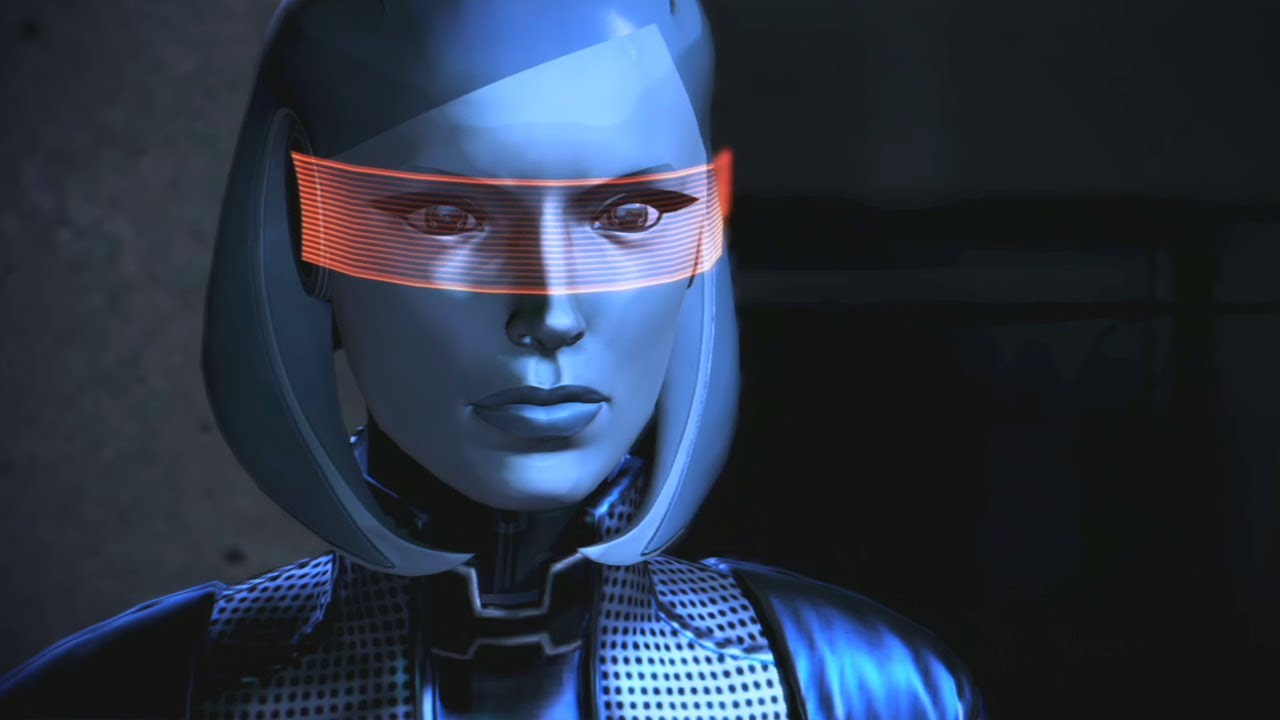 EDI is far more than just the Normandy’s AI. She’s also an asset to your away team as well. Deadly with any weapon you give her and dangerously sarcastic, she’s a treat to chat with and an even bigger boon on the battlefield. She may still be learning a bit about the way humans interact, but she knows enough to be an engaging conversationalist — plus, that crush she has on Joker (who she affectionately calls by his first name, Jeff) is absolutely adorable.