The doors to the Proving Grounds have closed and only the strongest challengers are left standing. We’ve been watching eagerly as the best up-and-coming Call of Duty players faced off each week on Play Beyond to make their mark on the NYSL Power Players tournament series.

We’ve once again reached the end of a Power Players season and are ready to crown some new champions in the Season 2 Proving Grounds Playoffs! 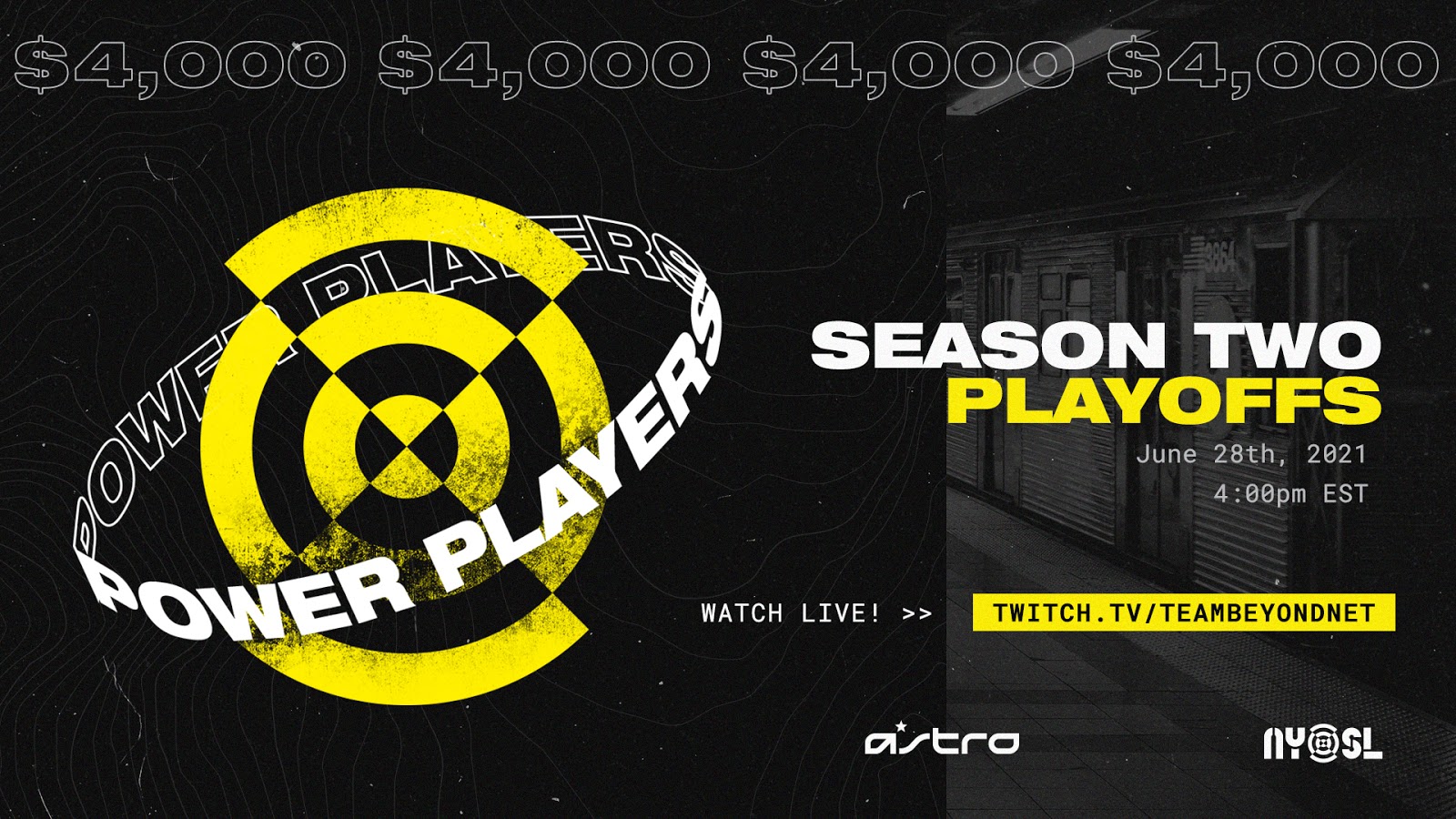 Tune in to watch the top teams face off for a $4,000 prize pool and other bonus prizes powered by the New York Subliners. Click here to follow the channel and watch the event live on Twitch!

The best part about Power Players is that everyone has a chance to win, including you as a viewer! 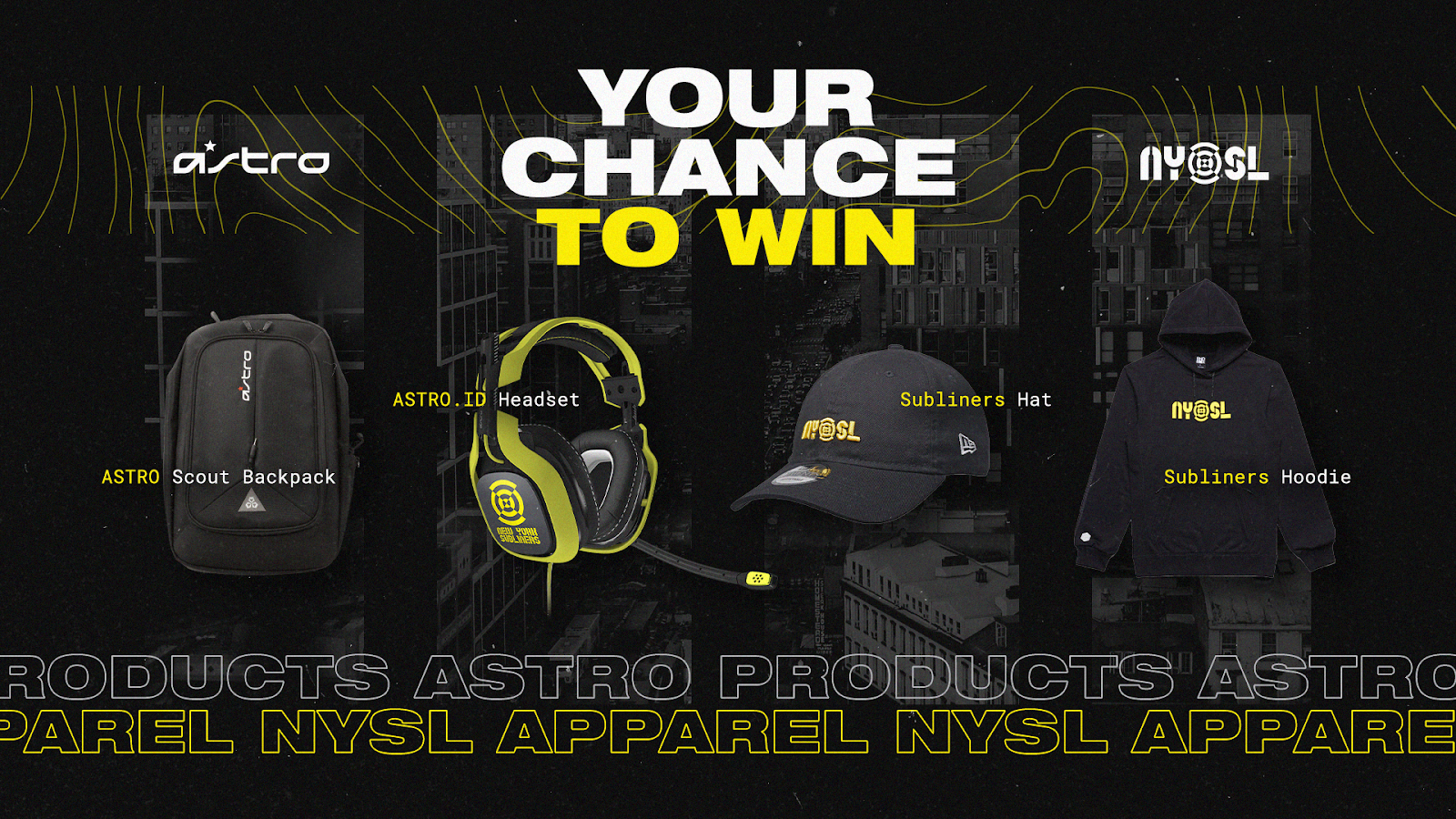 Throughout the Proving Grounds playoffs broadcast, we’ll be dropping this fresh bundle of ASTRO and NYSL gear for live viewers:

Want a chance to win yourself some new gear? All you have to do is follow the stream, tune in during the playoffs, and wait for the secret code to type in Twitch chat to be entered.

None other than ZooMaa himself will be joining the Play Beyond broadcast as a desk analyst in his very own segment dubbed the ‘New York Minute’! Tommy will be weighing in with a breakdown of the matches and his take on what teams will need to do to secure victory. 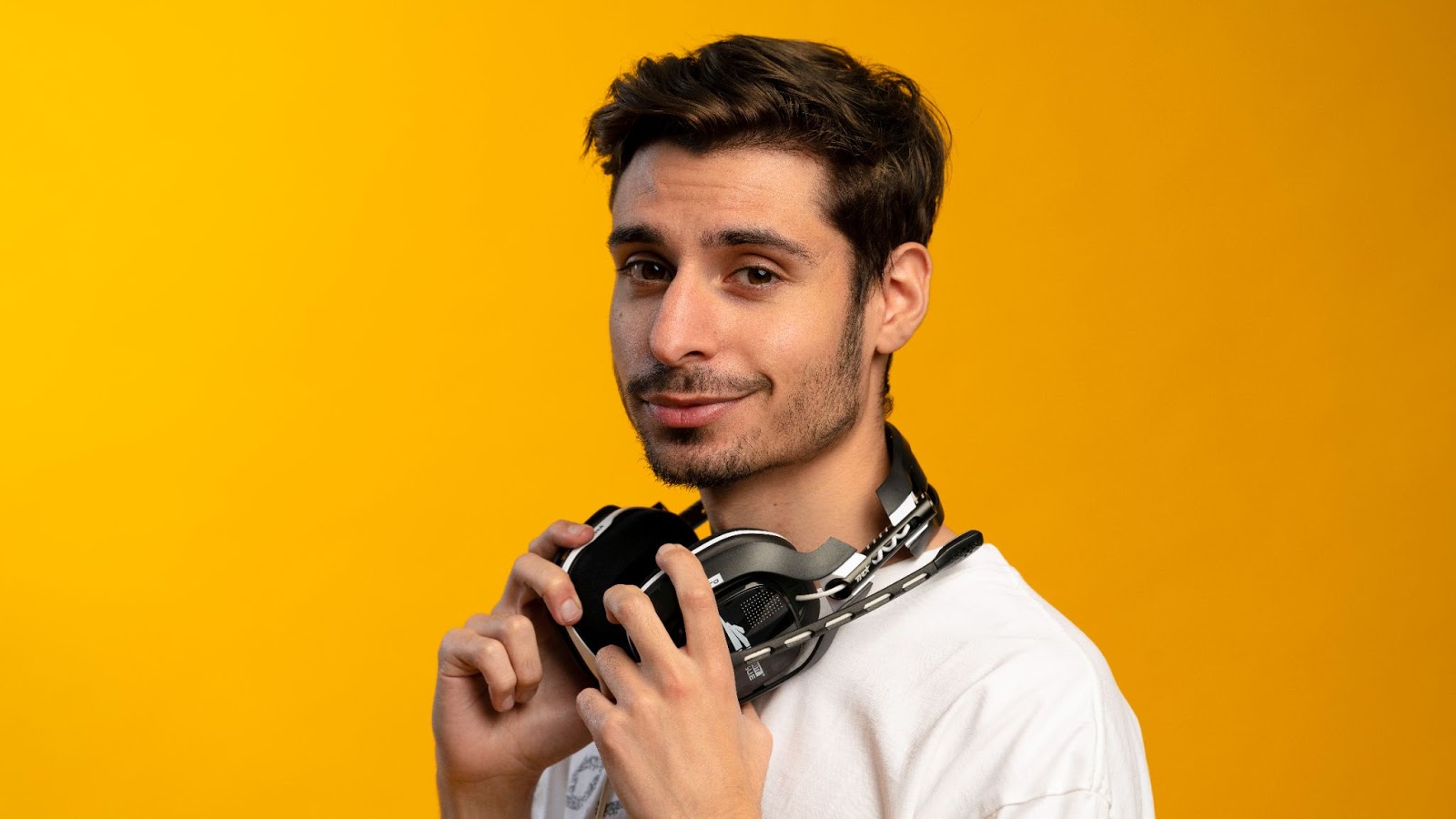 In each season of Proving Grounds, the top eight teams from the ladder standings qualify for the playoffs and secure additional cash prizes, ASTRO headsets, and NYSL rewards. 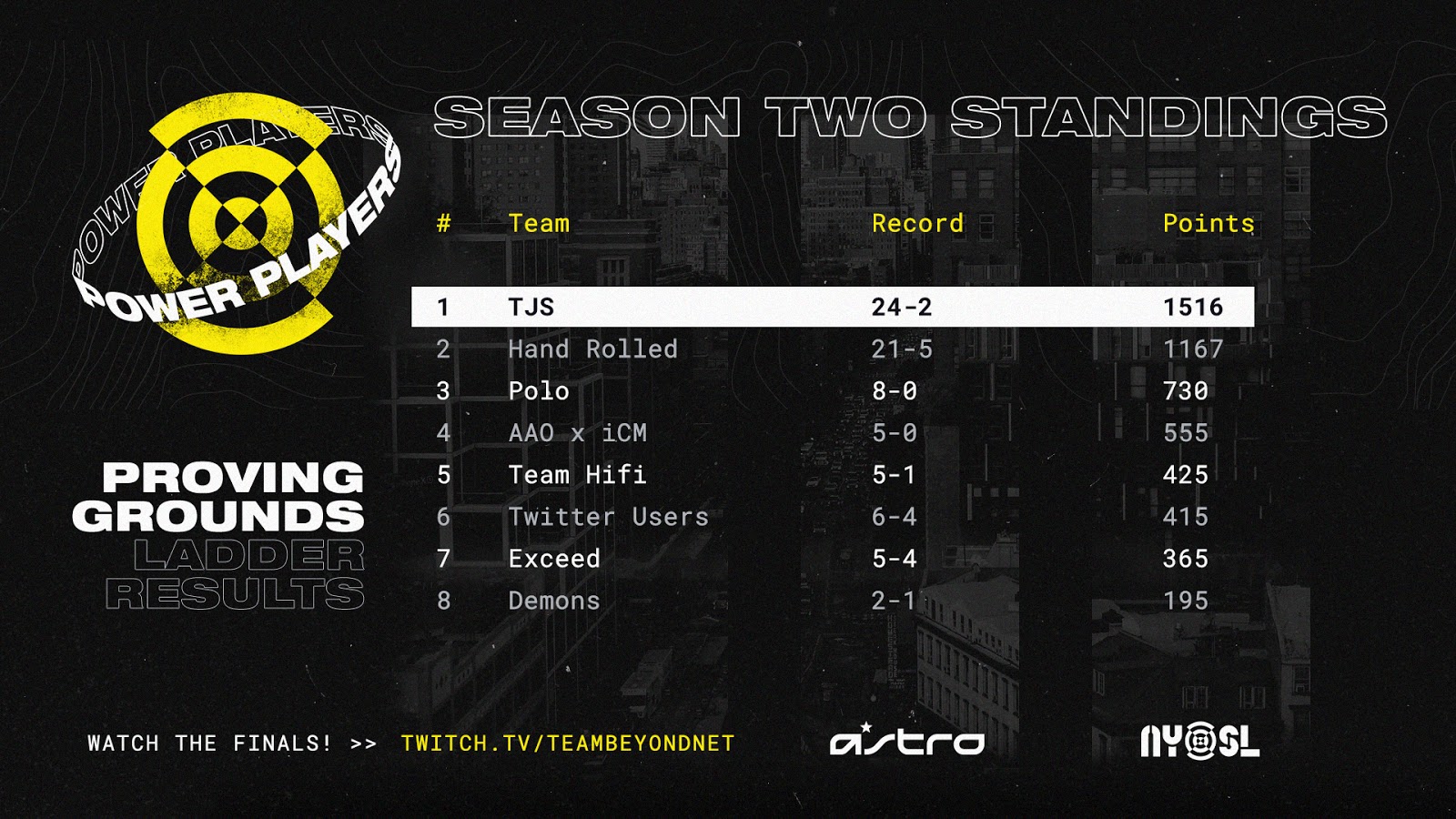 Here are the squads who are joining us for the Season 2 finale:

In particular, we’ve got our eyes on Venom from the Demons, who is returning for his second Proving Grounds playoffs, this time with a new lineup of teammates. We’re also excited for the return of team Polo, composed of multiple ASTRO COD veterans such as Johnny, Prolute, and Mohak. 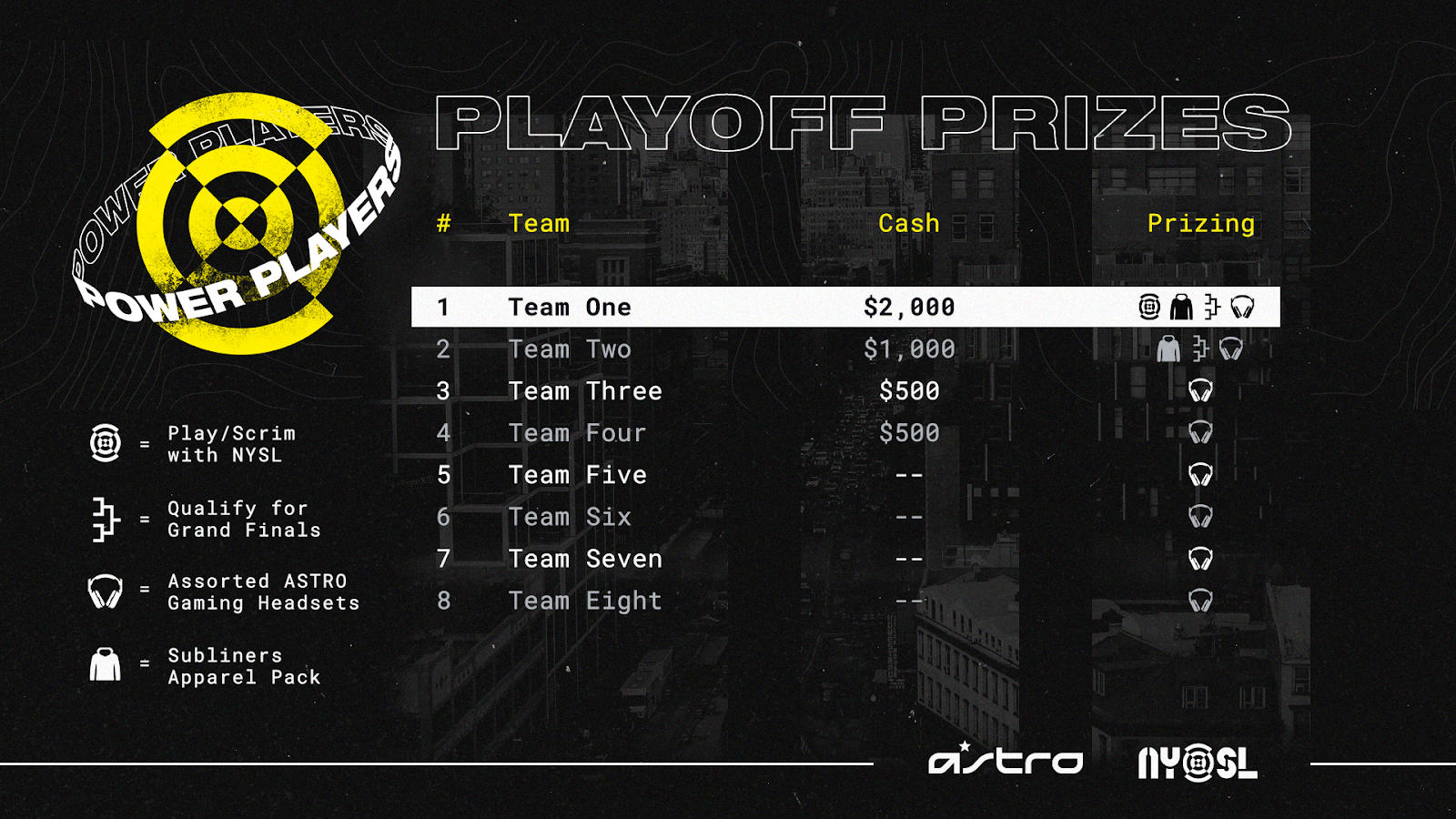 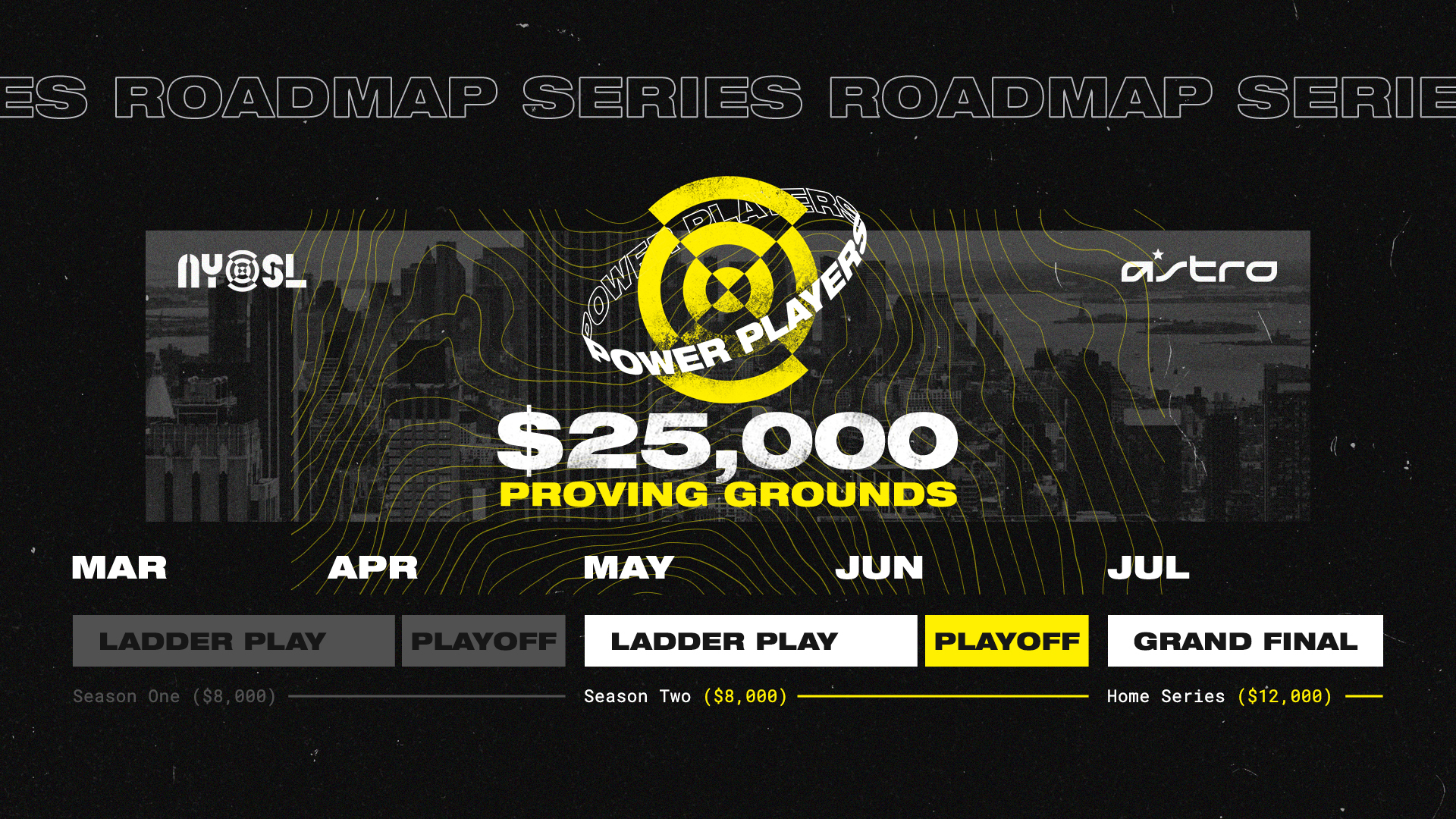 Tune in Monday afternoon to Twitch.tv/TeamBeyondnet to watch live as we crown the second set of Power Players Champions!

Get ready for the playoffs and stay tuned for more action coming soon in the NYSL Power Players series!