Looking to take a quick trip to the future? The cyberpunk genre is big enough for all the games that want to reside in it. Cyberpunk 2077 made a huge splash when it debuted, but now that many of us have already put it through its paces, what else is left to check out? Enter The Ascent, a solo and co-op action shooter and RPG with a lot to offer.

It’s best described as a twin-stick shooter that you can play solo or with a friend, set in a neon-soaked vision of the not-so far-off future in the dystopian world of Veles.

A powerful, corrupt (as per usual) megacorporation called The Ascent Group has firm control of the people, and utilizes Indents, short for “indentured servants.” It’s essentially a modern form of slavery, where workers are forced to toil away for companies until their debts are paid off. You take on the role of one such worker who lives in an arcology on Veles. When The Ascent Group goes down, chaos erupts throughout the structure.

Soon enough, the entirety of Veles is at war with one another. All districts, rival corporations, and syndicates are fighting one another, all the while being forced to square off against a variety of attackers in the form of monsters. You’ve got to work to keep the other factions from taking control of the arcology, all the while working to figure out what happened, exactly, to The Ascent Group.

If you’re headed out into Veles to give this new twin-stick shooter a try, consider these tips to help keep you from dying repeatedly. You’re gonna need ’em. 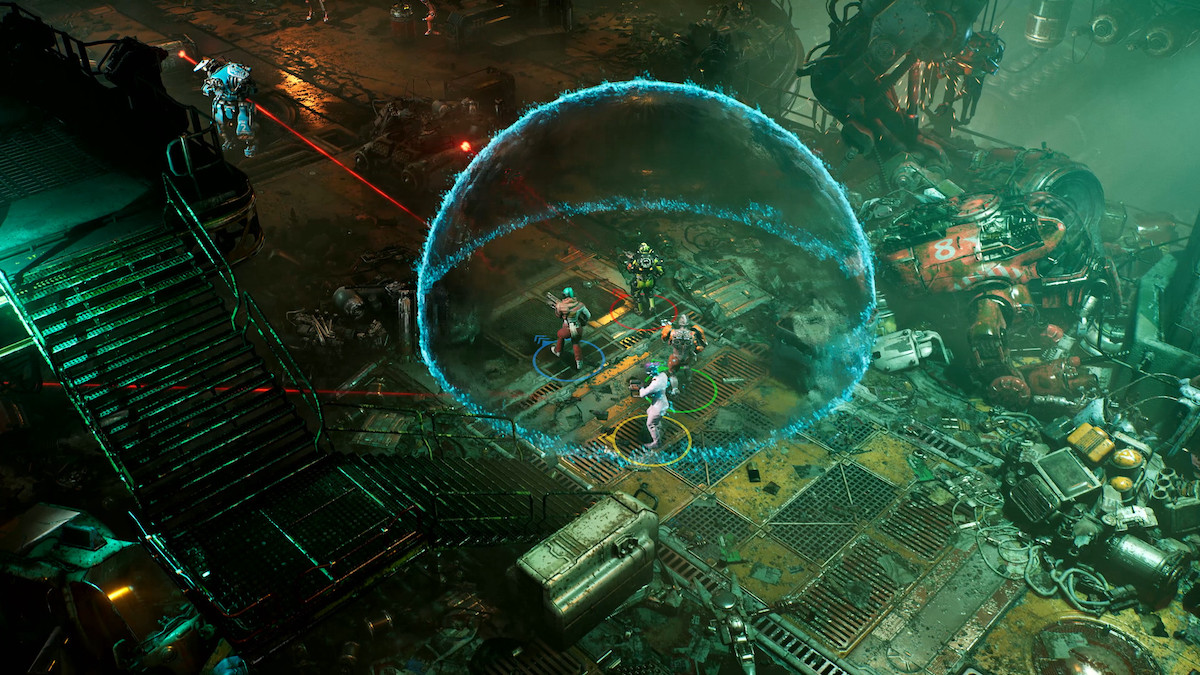 Tips for Surviving The Ascent

Unfortunately, it’s not as simple as you might think to earn the cash you need to buy things in The Ascent. You’ll need to grab stuff, too, so instead of toting things around that you don’t need anymore, sell it by going into each category of your inventory and selling duplicate weapons, armor, and other equipment. Then save up for the good stuff.

Use red explosive barrels to your advantage

You already know what they’re for. They’re essentially in every video game to ever exist, and you shoot them, they go boom. If you find that you’re stuck in a gaggle of enemies that you just can’t get rid of, then look for a red explosive barrel to shoot. You can do a ton of damage with just a little bit of work this way, and the barrels are pretty ubiquitous throughout the game.

Don’t just stand out in the open

Don’t get caught slipping by standing around in the middle of each area. You’re essentially painting a target on your back that way. What you should doing is survey the area for cover and actually use it. Stay behind benches, find a corner, a table, or even a wall and duck behind it. You don’t need to draw enemy fire since aiming can feel a bit clunky for beginners. Instead, focus on staying alive.

Use enemies’ beacons to your advantage

When you’re facing off against enemies they may occasionally drop healing beacons that have a green glow to them. Those are healing beacons, and they don’t just help out the bad guys. You can stand near them and earn HP too. Just sidle on up by one and reap the benefits of doing nothing but fighting monsters.

Now, get out there and get to the bottom of what’s going on in The Ascent!