ASTRO is partnering with the 6’5″ legend himself, Devin Booker, to celebrate his love for gaming and passion for the ASTRO brand and products. Booker will be using our lineup of ASTRO Gaming headsets while gaming and streaming, and we couldn’t be more thrilled to have him.

Considered by many to be one of the top gamers in the NBA, Booker was a no-brainer when we invited him to join the ASTRO family. Gaming is as serious for him as it is when it comes to hitting the court. Not only did he win the 2020 ESPN NBA2K Players Tournament, but he’s an excellent competitive Call of Duty and Warzone player.

“I am extremely excited to officially join the ASTRO Gaming family,” says Booker. “When I started to take gaming more seriously, one of my first purchases was the ASTRO A40 headset because it gave me a competitive gaming advantage. With my ASTRO headset, I’m always on top of my game, and I can’t wait to share that with the world.” 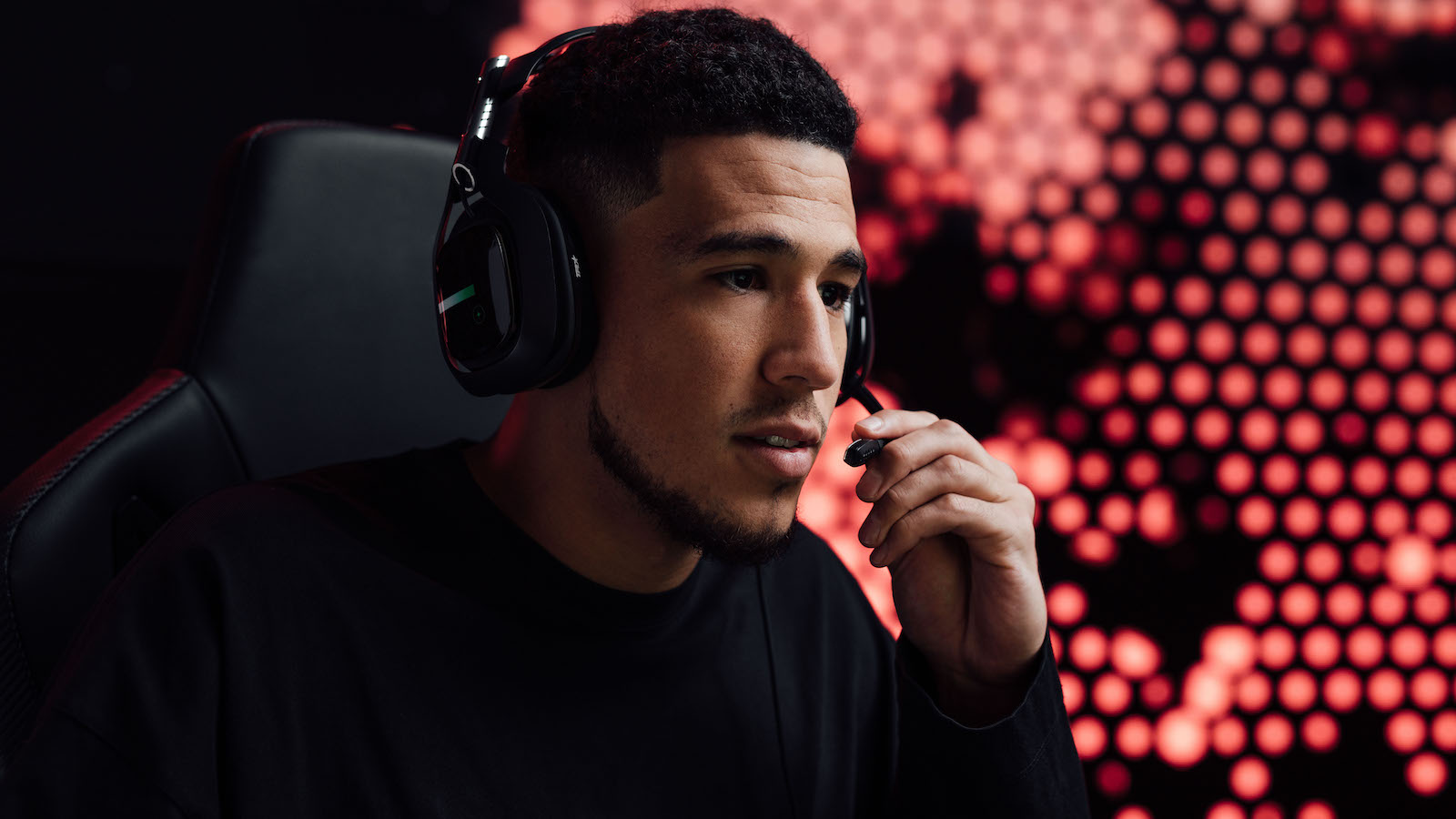 Inspired by his older brother Davon to jump into the gaming scene from childhood, Booker made his Twitch debut in 2019. Since then, he’s become one of the top athletes to watch on stream around the world during the pandemic phases of quarantining and social distancing. Now, you’ll get to see even more of him by way of special livestreams, the first of which is happening this week.

Catch Booker and Davon playing Call of Duty Warzone when Booker goes live on November 18th at 9PM MST on Booker’s Twitch channel. You can also expect a few surprise guests from the Call of Duty League community, too!

But that’s not all. Be sure to pull up to the stream to see Booker reveal the unique custom ASTRO A40 Glow-in-the-Dark headset, which he co-designed. Want to get your hands on it? It’ll only be available to win through a special giveaway during the stream. You’ll want to keep your eyes peeled through 2022, though. There will be a second chance to nab it via auction as part of a larger charitable initiative in 2022 to support Booker’s Starting Five charity. 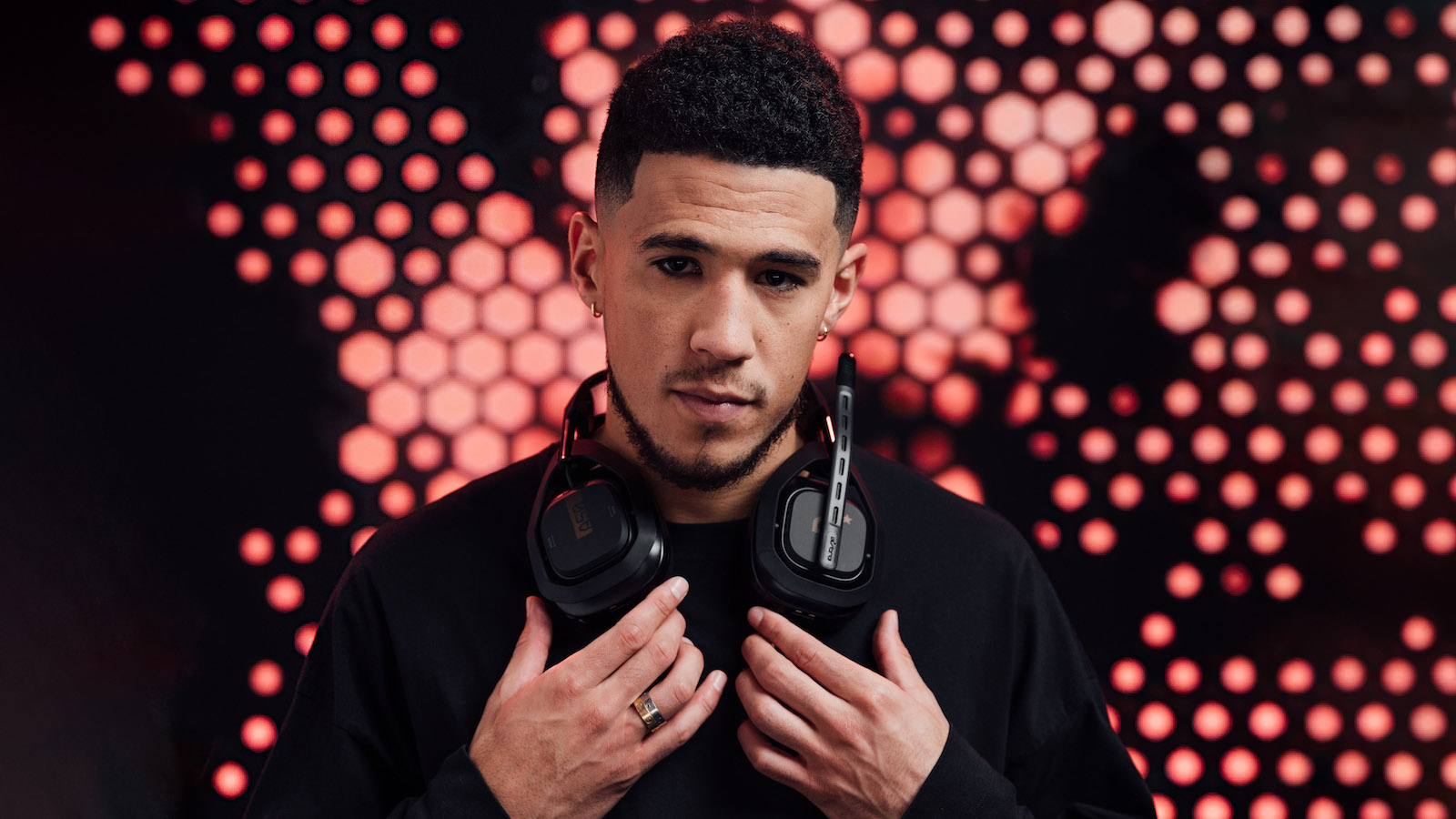 Booker is no stranger to competition, on the court or off. At just 25, this Michigan native has been following in the footsteps of his father (and legendary baller) Melvin Booker. Booker has become an All-Star and bona fide superstar as part of the Suns, and during his time with them, he’s led the Suns on a meteoric rise up through the NBA to put their name on the map.

Booker grew up playing ball at Moss Point High School, eventually becoming a McDonald’s All-American player as a senior. Following that, he headed to play with the Kentucky Wildcats for one season, picking up the title of SEC Sixth Man of the Year. He then took the 13th overall pick in the 2015 NBA draft by the Phoenix Suns. Earlier this year, the star guard headed to Tokyo for the 2020 Olympic Games, where he joined Team USA’s men’s basketball team, securing his much-deserved first spot on the Olympic roster and becoming an Olympic gold medalist shortly after. And there’s nowhere to go but up from here.

We’re beyond ecstatic to have Booker joining the ASTRO family, and we can’t wait to see where this partnership takes us.